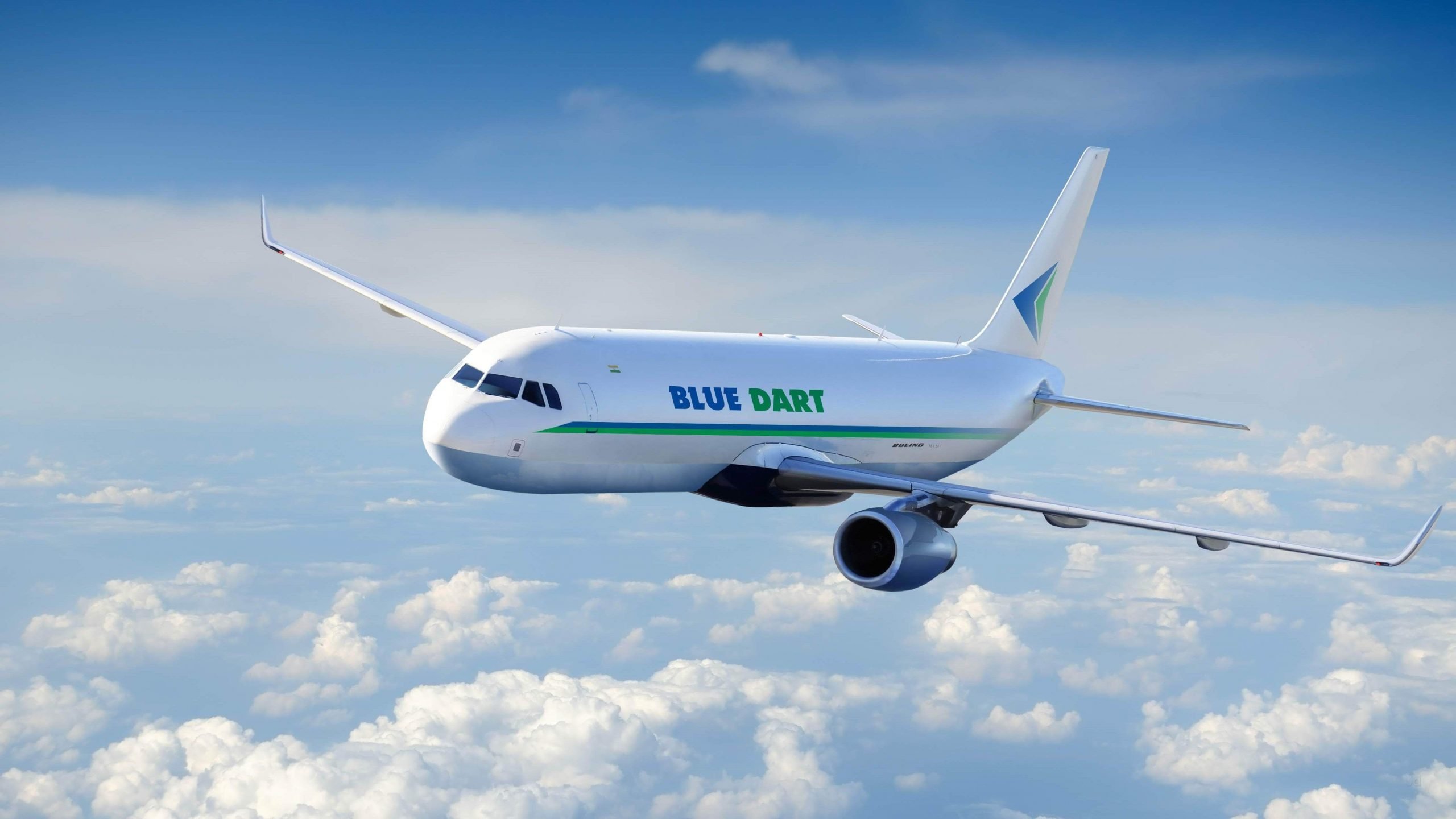 Logistics major Blue Dart has emerged as India’s largest air cargo carrier amidst the coronavirus mayhem that has impacted the country, especially the aviation industry.

According to the data from the Directorate General of Civil Aviation (DGCA), BlueDart has clocked the highest volumes from April to June as the latest figures emerge.

BlueDart carried a total volume of 12,473 tons in June, while SpiceJet flew 9,816 tons and IndiGo did 7,875 tons. The numbers include scheduled and non-scheduled operations, both in the domestic and international markets.

With the grounding of fleet in March due to the government-imposed lockdown, the top carriers of India slipped from their positions and made way for the logistics major Blue Dart to overtake them as the country’s largest air cargo carrier .

While SpiceJet did well to continue generating cash through its cargo arm SpiceXpress since late March; IndiGo, which only uses its commercial belly to transport cargo, witnessed a standstill in its operations during the nationwide lockdown.

Until March, IndiGo had continued to dominate the cargo segment. It had ended in 2019 with nearly 32 percent of the domestic cargo business. While Blue Dart finished just marginally ahead of SpiceJet.

However, the outbreak of the pandemic turned the picture upside down and unknowingly worked in the favour of the carriers.

During the nationwide lockdown, while airlines were forced to ground their fleet, BlueDart and SpiceJet got the permission to continue their cargo operations.SpiceJet’s cargo arm SpiceXpress came to the airlines’ rescue as its passenger business collapsed due to grounding of fleet.

In April, IndiGo the leading cargo carrier of 2019 carried only 379 tons of cargo, while SpiceXpress clocked a volume of 3,284 tons. It was the largest Indian cargo carrier in the international markets.

However, Blue Dart beat both the airline by carrying the highest volumes in April, with 3,842 tons.

Although the pandemic has adversely affected airlines and their revival still looks blurry, it is the cargo business which has shown some happy figures.

SpiceJet’s first quarter results reflect the impact of the cargo business. The cargo vertical reported a profit of INR 482 crore, even as the mainstay passenger business incurred a loss of INR 6,416 crore.

Speaking of May, Blue Dart managed to lead the industry while spiceJet followed on second and Indigo in third.

As soon as government lifted air restrictions and resumed domestic flights, IndiGo got on to the act, albeit with a cap in capacity utilisation, from May 25.

In June, the pecking order was again re arranged as Indigo took over SpiceJet by clocking the second highest volumes when it comes to scheduled, domestic operations.

The logistics major during these unprecedented times has been on its toes and has served the nation throughout. It has operated close to 1,600 flight sector from April to mid-July, carrying over 21,000 tons of emergency supplies as a part of the Ministry of Civil Aviation’s Lifeline Udaan scheme.

Apart from this, it has also flown to international destinations, including Shanghai, Hong Kong and Yangone, carrying medical and pharmaceutical supplies.