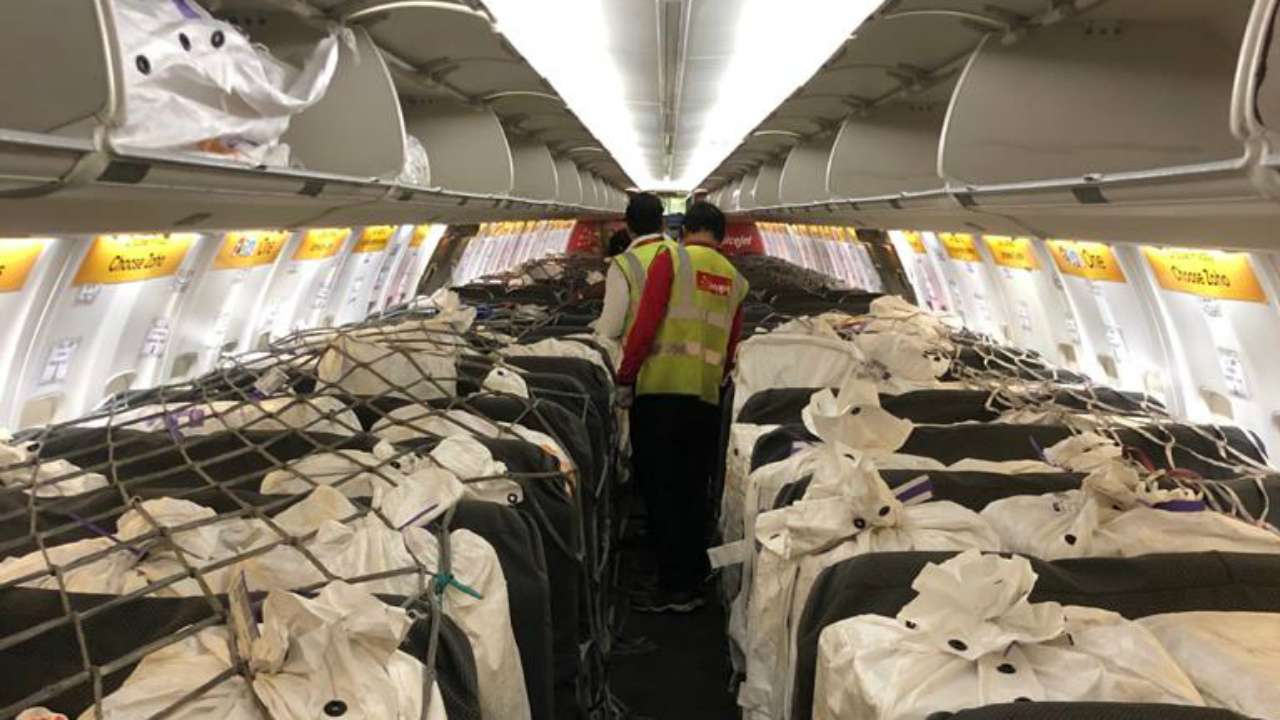 Amidst a nationwide ban on international and domestic flights due to the 21-day lockdown, SpiceJet on Tuesday operated its first cargo-on-seat flight carrying 11 tons of vital supplies in the passenger cabin and belly space in a Boeing737 aircraft.

The passenger aircraft took off from Chennai and landed in Surat and did five rotations carrying crucial supplies. The aircraft will operate from Chennai to Mumbai and from Mumbai to Delhi later on Tuesday with cargo on-board, according to a release issued by the airline.

“Since the lockdown began, we have carried more than 1,400 tons of cargo operating around 200 domestic and international cargo flights. Today, for the first time in the country, we used a passenger aircraft to transport cargo where in addition to the belly space the passenger cabin was used to safely carry essential supplies.”

“We have also put our five freighters to maximum use to transport cold chain medical supplies, medicines, medical devices for various state governments, medical and pharma companies”, he added.

The aircraft used special seat covers made from flame-proof material to cover the seats and secured the cargo on seat with restraints, further to ensure optimum utilisation of space, the overhead bin, were also used, the release said.

Apart from this, SpiceXpress a dedicated cargo arm of SpiceJet has been regularly transporting surgical supplies, sanitizers, face masks, among others and providing doorstep deliveries of essential supplies, medicines and medical equipment across cities. On March 26, SpiceJet helped transport an emergency consignment of IR Thermometers, required to detect COVID-19, to Kolkata from Hong Kong, the airline said in the release.