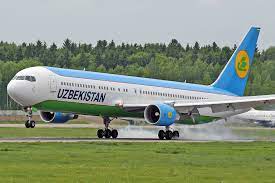 Uzbekistan Airways has formally announced that Aeroprime has been given the mandate of the cargo sales agent for India, soon after the same was appointed as its passenger sales agent.

The step comes at a time when airlines are increasingly looking for a one-stop solution to enable seamless and simultaneous handling of their passenger and cargo operations on a global and local level.

“The twin appointments demonstrate the positive intent of Uzbekistan Airways to the Indian market and its commitment to scale up its business and brand awareness in India through close cooperation with Aeroprime,” said the official release.

Abhishek Goyal, executive director, Aeroprime said, “It is an example of the excellent level of services Aeroprime has been able to offer Uzbekistan Airways that in such a short period of time, another appointment has been extended to us. We look forward to growing our partnership with Uzbekistan Airways for long terms”.