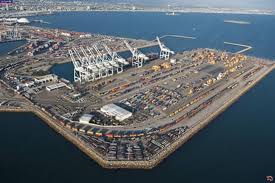 The transit of goods through southeastern Chabahar port has increased significantly in recent years due to offered incentives and the development of the port’s infrastructure, informed Farhad Montaser Kouhsari, Iran Ports and Maritime Organization deputy head for ports and economic affairs.

“A 70-percent discount on tariffs and lowering transit costs through Chabahar Port have been so effective that Chabahar loading and unloading figure has reached to two million tons while it was merely 200,000 tons just a few years ago,” Kouhsari said on Sunday.

He further informed that the Chabahar port is being opted by many of Iran’s neighbouring countries as the main route to ship their imported and exported goods, as well as raw materials.

While speaking of the port’s goal, he said that the goal is now to attract regional markets including India and Afghanistan which are Iran’s big trade partners, and also the Commonwealth of Independent States (CIS) which can use Chabahar Port to transit their goods with an average of 70-percent discount.

In recent times, the port has undergone some changes, informed Montaser Kouhsari. He said that the costs of commodity transit through Chabahar have been lowered and at the same time the infrastructure of the port has been improved so that it could load and unload all varieties of goods in a reasonable time.

While the Chabahar port is not directly on the U.S. list of sanctions, it has been affected by them, he said, adding that however, the PMO has identified potential customers and various incentives are offered so that they choose Chabahar as their main base.

Chabahar is Iran’s only ocean port and is located in the southeastern Sistan-Balouchestan Province near the Indian Ocean. The port provides unique opportunities for investment of the private sectors of Iran and other regional countries.

India, which considered the port of strategic importance to improve its connectivity with Afghanistan and larger central Asia, in 2018 signed a deal with Iran entailing $8 million investment in Chabahar Port.