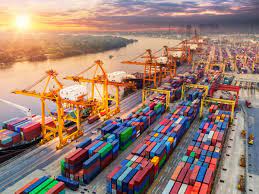 India’s merchandise exports and imports in March 2021 has shown a growth of more than 50% each as compared to last year.

The high growth came over a low base of March 2020 when exports collapsed 35% and imports plummeted 29% as many countries worldwide, including India, went into lockdowns to control the spread of the coronavirus. However, in terms of value, both exports and imports improved significantly from February. Exports and imports stood at $28 billion and $41 billion respectively in February.

“This is the highest-ever exports in Indian history, both in terms of value and growth,” a commerce ministry official said under the condition of anonymity.

While most commodities showed an upward trend in both the exports as well as imports. Oil Seeds (-6.6%) and Cashew (-1.95%) remained the two commodities of which export have recorded negative growth during March 2021 vis-à-vis March 2020.