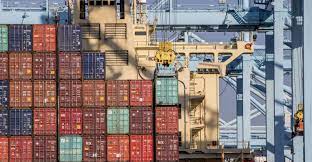 The issue of container shortage has been lurking around ever since the outbreak of the pandemic, resulting in tension in the trade. Still very much exposed to the issue, the textile and garment exporters have now sought measures by the Union government to address the same.

While interacting with the Prime Minister, the export promotion council heads pointed the conversation towards the logistical challenges faced by the exporters of India.

Manoj Kumar Patodia, Chairman of the Cotton Textiles Export Promotion Council, putting forth his concerns said that the acute shortage of containers and the need for greater focus on logistics development were emerging as major challenges. He then politely asked the Government to step in and give immediate attention to the issue of container shortages which is turning out to be a very serious issue for the exporters. Further, he also appealed to the Government to include textiles in the priority list while negotiating Free Trade Agreements with the UK, the European Union, Canada, and Australia.

Speaking on the same lines, Apparel Export Promotion Council Chairman A. Sakthivel said the government should look at FTAs with the UK, the EU, and the US, and CEPA with Canada and Australia. The shortage of containers is now adversely affecting all exporters, and the Government should advise shipping companies to bring empty vessels directly to India, he said.

India should develop an Indian Shipping Line of global repute so that the country saves over $50 billion annually which exporters are currently remitting as freight charges, Sakthivel further advised.

He also highlighted that although the demand for exports is growing the exporters are still under serious pressure not only due to the shortage of containers but also due to restricted cash flow. He said buyers are asking for longer periods of credit. Dues from the Government should be released quickly, this will help the exporter’s manifolds.