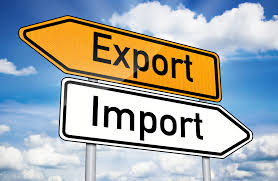 This rise can be attributed to the growth in shipments of drugs and pharmaceuticals and readymade garments.

Gold imports declined by nearly 53 per cent to $601.43 million in September.

The trade deficit reached close to $2.72 billion, in comparison to a shortfall of $11.67 billion in the year ago-month.

Outbound shipments of gems and jewellery, however, contracted 24.67 per cent and Mica, Coal and other ores, minerals including processed minerals declined by 6.71 per cent.

The data also showed how non-petroleum and non-gems and jewellery exports in September stood at $21.27 billion, in contrast to $19 billion in the same period previous fiscal, registering a growth of 11.94 per cent.

“In this connection, it is mentioned that the global Brent price ($/bbl) has decreased by 34.08 per cent in September 2020 vis-a-vis September 2019 as per data available from World Bank,” the statement said.

The overall trade surplus for April-September is estimated at $17.74 billion as compared to the deficit of $49.91 billion in the year-ago period, taking merchandise and services together.

Ever since the pandemic gained momentum and the lockdown was imposed in March, the country’s outbound shipments were recording negative growth, also due to the resultant fall in global demand.

The estimated value of services exports for September is $16.34 billion and that of imports is 9.49 billion.