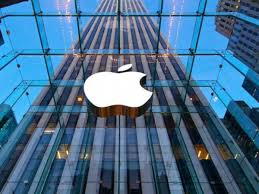 Tech-giant Apple is planning to move its production away from China and will set up manufacturing plants in India and Vietnam, according to a report by Nikkei Asia. This shift is believed to bring about a change to the entire supply chain of Apple including the procurement of raw materials from the suppliers.

As per sources, Apple will diversify the manufacturing process due to the US-China tensions. If everything goes as planned, the factories in India should start manufacturing iPhone 12 devices as early as this quarter. This could prove to be a significant step in pushing the Government’s Made in India initiative.

Last year in July, the company started manufacturing iPhone 11 in India and Apple was using its Chennai Foxconn plant for making the iPhone 11.

The Nikkei Asia report (citing sources) says that Apple is likely to shift manufacturing of iPads and HomePod mini devices to Vietnam from this year.

The company’s plant in Vietnam has been working on the smart speaker since its introduction, but industry insiders revealed Apple is ramping up orders to suppliers to expand production capacity. Apple has also increased the production of audio devices such as the AirPods series and will move the MacBook production there as well.

It has been observed that the American companies keep pulling out of China despite the new presidency in the States. A supply chain manager quoted by Nikkei Asia says, “The change doesn’t affect only peripheral products but bestsellers like iPhones and iPads.”

Apple’s key partner and supplier, Foxconn has also invested $270 million into building a new factory in Vietnam in order to expand production capacity.

While US-China tension is a reason for the shift, it is surely not the only reason. The outbreak of the coronavirus and the disruption caused by the same to the supply chains have forced companies to rethink their supply chain and have multiple options for future projects.

With Apple making this bold move, it is only fair to believe that other companies might follow suit. And this could be a major boon for a country like India that is grappling with the remnants of the outbreak.